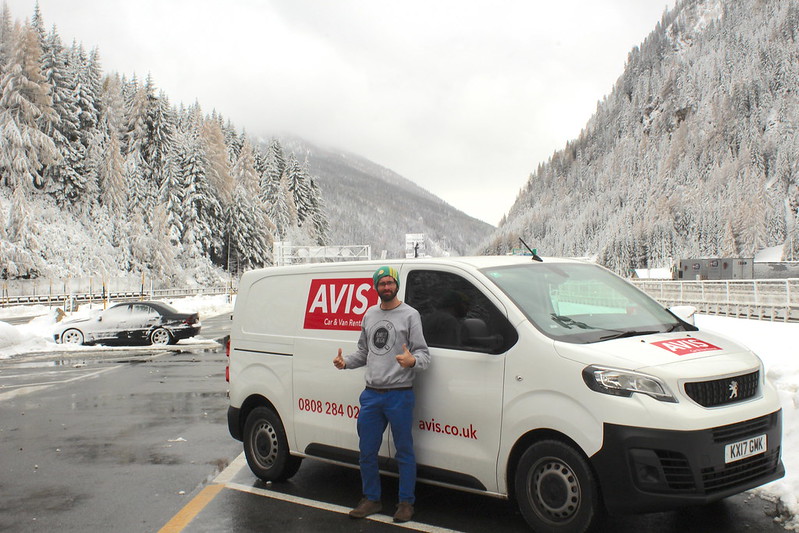 About a year ago, I wrote on here about “back to normal” anxiety, although I’m now not sure what “normal” even looked like. Do you remember?

I’m also not exactly sure what the future holds for Living Body. It doesn’t feel like we are “done” but being in a band seems to make even less sense than it did three years ago.

I have however been MIXING other peoples records over the past year including our own Harkin’s Honeymoon Suite and Mayshe-Mayshe’s upcoming LP (which she just hit her funding target for on Kickstarter – hell yeah, Alice!). These albums sound fantastic and I’ve really been enjoying being so immersed in other people’s songs. If you have a home recording and any questions, need mix help, production, arrangement or any other advice on how to make the most out of your setup to create something great, get in touch!

I still love everyone in this band and everyone who has ever shown us kindness, put us on or helped in any way. For those people who care, we will be back. I’m just not sure when.

PS above photo taken by the one and only George Hopper when he toured with us in Europe in 2017, which I recently unearthed. Hey, George! 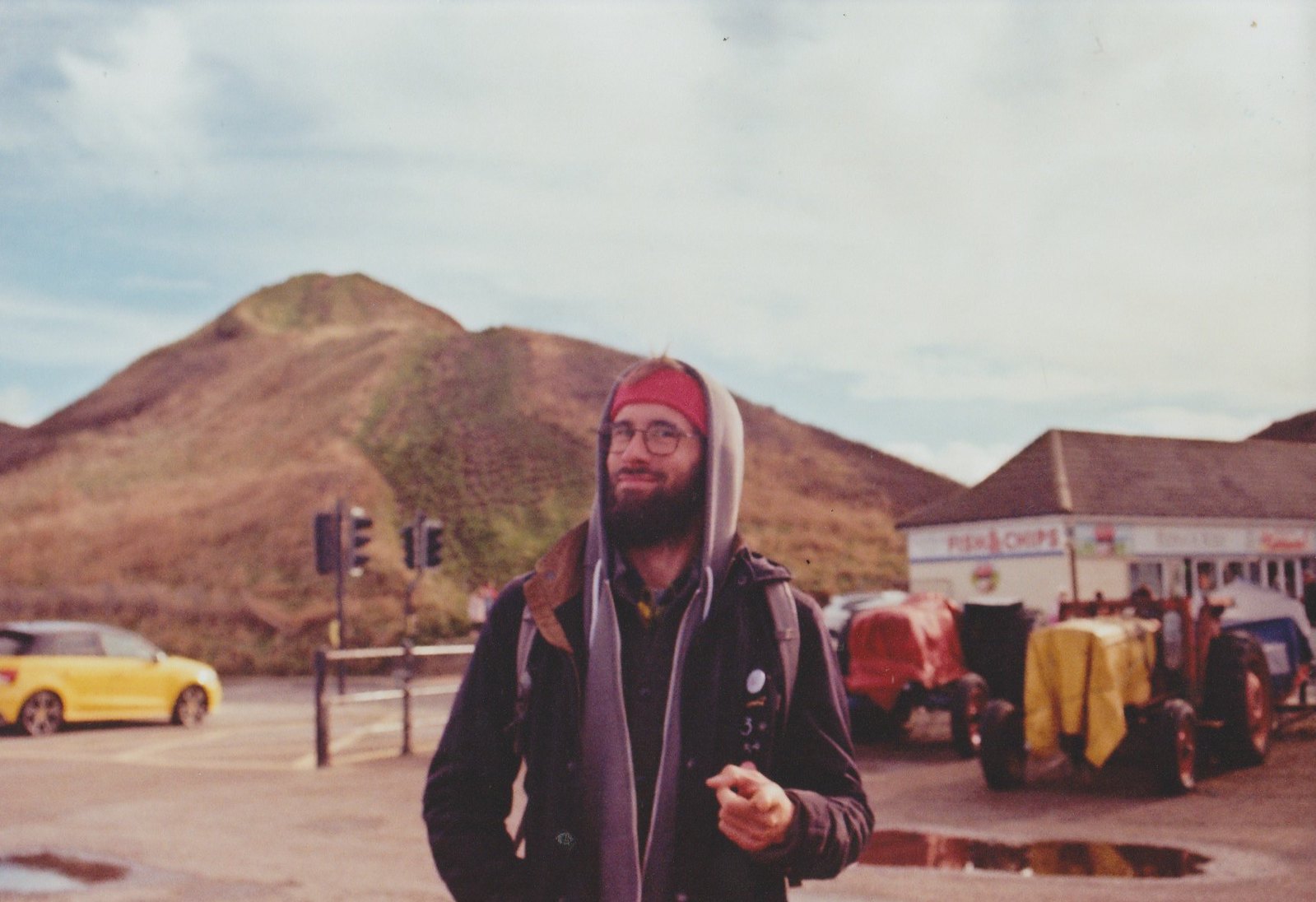 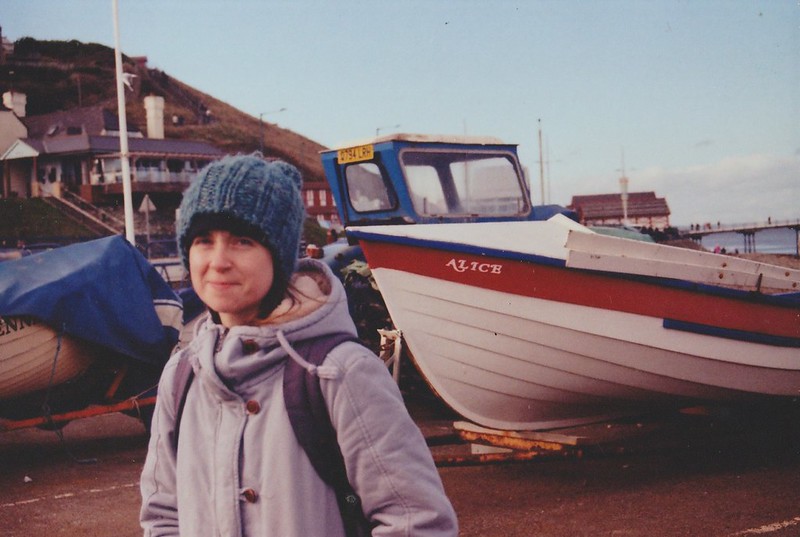 Can we talk about… “back to normal” anxiety? Anyone else feeling this?

Before the pandemic, I was able to insulate myself from the worst aspects of my own brain by refusing to relax: working, recording, booking, playing shows, etc. Not only has this past year+ highlighted how I was ignoring these problems, but also the many ways in which “normal” wasn’t working. We can’t wait to see you, play shows, go to shows, laugh and be breathed on by strangers, but this feels slightly premature and it’s not putting me at ease. Point being, we will be back. But when we do, I want it to be a fun, joyous experience. All being well, this will be only be a couple months away. We’ll see. We have only just starting talking about practicing again, which in itself even feels in some weird way like an achievement. Things are different now. If we go back to exactly how things were, we will have failed to make any meaningful change. We can do better. 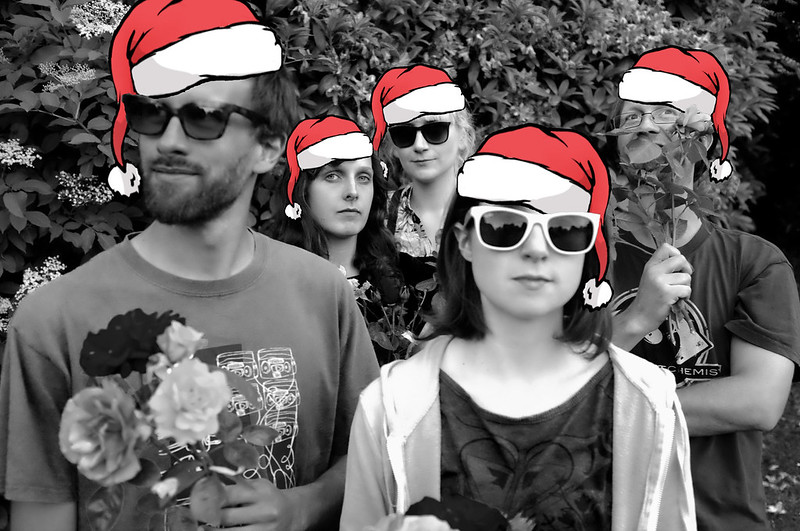 What a year. Today, we are releasing a new single about shared connections and hope in an era where our mutual sense of reality and time is evermore fleeting.

In an effort to destigmatise discussions around mental health during a season that can be difficult for many (and especially in a year that has been so difficult), it is my hope that my direct approach in using the song like a mantra to myself will enable others to feel more comfortable discussing their problems, if needed. 100% of ALL downloads from our Bandcamp before Christmas will be donated to Leeds Survivor Led Crisis Service.

In the physical realm, we have vinyl copies of Body Is Working, Short Songs, vol. 2, our Mariah Carey 7″, a handful of t-shirts and tote bags and a HUGE festive bundle deal.

I recently played this song as part of a short set for the Vancouver-based Kingfisher Bluez benefit concert in aid of 1-800-SUICIDE, the Crisis Centre of British Columbia. The show took place in an enormous Zoom with hundreds of attendees and around 20+ artists, making it one of the most fun and seemingly-communal activities I’ve been a part of in months. As I didn’t play until almost 2am UK time, I’ve uploaded it here for everyone on this side of the world. Thanks to Tim for asking me to play and happy solstice planet earth. Kingfisher Bluez are releasing a new compilation of short songs (12 songs on a 7-inch!) today, featuring the track ‘I Do’. Here’s what people have been saying about it so far:

“short but memorable … high energy ripper” – Stereogum
“I want more!!” – Emily Pilbeam, BBC Introducing
“a sugarcoated critique of convenience capitalism” – Mix It All Up
“ever-so-sweet blast of American west-coast rock infused with the most effervescent shades of power-pop” – God Is In the TV Zine
“Jeff wrote to me in an email which I found amusing, ‘the song is dedicated to Jeff Bezos, who through his own questionable behaviour has managed to increase his personal wealth by 76 billion US dollars in the first 5 months of the COVID-19 pandemic’. I’m not sure where the relevance comes from with that, Jeff” – Joe Buckingham, Sine FM

Last month, I was asked to play a benefit show for Music:Leeds’ series of streaming ‘Virtual House Gigs’ in aid of Oporto’s #saveourvenues campaign. At the time, I was marooned in Michigan on my own at the house I grew up in, temporarily unable to return to the UK, with a piano I played often growing up. This seemed like I had been presented with an ideal opportunity to play this weird solo set comprised of brand new unreleased Living Body songs, plus songs I wrote on this very piano about 15 years ago.

Here we are, all shows cancelled for the foreseeable future. We were due to play three shows in April as a two-piece, so we decided to “virtually” take these sets on the road.

Here are two live sets of completely different material performed for Wilderness Record Store in Manchester and The Lanes in Bristol. Originally aired over two weekends on Facebook live, now uploaded to YouTube for superior audio & video quality. Subscribe to our YouTube page as we’ll be rolling out more as the album progresses.

Merch sales definitely help during this time of emotional and financial uncertainty. Vinyl, CD’s, T-Shirts, and Tote Bags are available below. Everyone STAY SAFE out there!